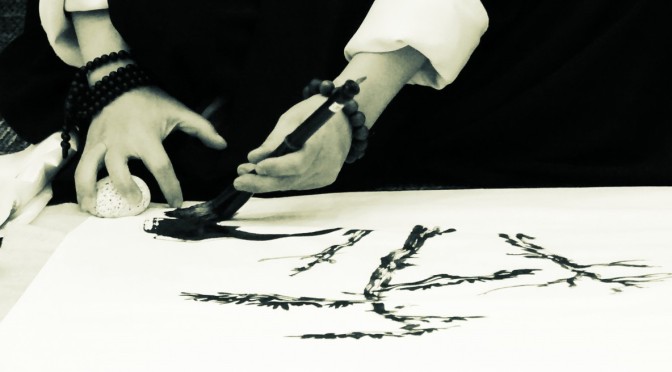 Sze Sang Lee(1964-2017), another name Zhi-Long Li(李智隆), whose stage name is Ben Tu and Lao Chan. He is a Hong Kong Zen painter, former president of the China Zen Art Academy and World Zen Art Center Consultant Served.
He is a disciple of Guo Chang(果常禪師，筆名笨禪), a famous Zen painter, master in Hong Kong. Born in Fujian Province in August 1964. When he was a teenager, he moved to Hong Kong with his father. 1987 follow the monk painter Guo Chang Zen Master devote themselves to meditation and learning to draw, drew much master teach Dharma Huigen deep. His landscape painting’s mood distant and quiet. In January 2008, the country to promote the traditional culture development project launching ceremony held in the Great Hall of the People in Beijing, under the leadership of President Sze Sang Lee, the China Zen Art Academy won the “National Contribution Award promote the development of traditional culture works”. January 2011, the president Sze Sang Lee went to the Beijing National Convention Center to participate the 2010 Most Influential People Awards Ceremony. In the General Assembly was named the most influential people in 2010 honorary title. The president Sze Sang Lee died of multiple organ failure caused by vocal cord cancer on the afternoon of December 27, 2017. 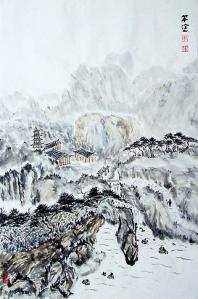 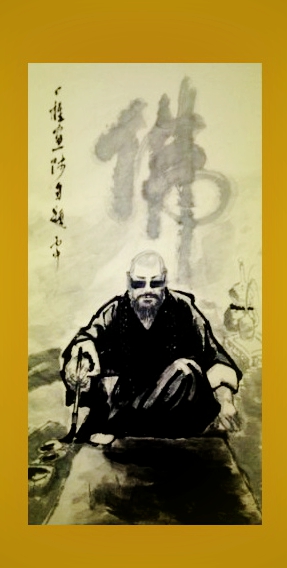 Around AD 502, during the period of the Southern Dynasties and during the reign of Emperor Liang. India’s Bodhi Bodhidharma came to China and Zen Buddhism began in China. The Chinese people integrated their own culture and thought with Buddhism. The ideas of Chinese Zen culture, have had a profound impact on Chinese culture and art. Zen became popular, the most famous Zen masters were Master Hakuin and Master Suzuki Zen. From their schools and training Zen art spread to the West. With this movement, Buddhism has become better understood around the world and Zen Art has become a world art. Zen art is the work of art both in a Buddhist monastery by a monk painter and by a painter, works of art produced in the meditative state. The realm of these general works includes the empty static of innocence; simplicity, straightforwardness; fun days, impressionistic feelings; inspiration and thought. Other characteristics of the art may be annoyance in original life and pressure which produces abandon or frank thinking; people physically and mentally clean and pleasant showing no trouble in facing life.

After Zen was introduced into Japan in the year of 1192, it developed and grew into Japanese Zen. Japanese Zen quickly penetrated into various aspects of the Japanese culture and produced the formation of a nation of Zen Buddhism worship. Gradually, Japanese Zen painting began and became popular, the most famous Zen masters were Master Hakuin and Master Suzuki Zen. From their schools and training Zen art spread to the World. With this movement, Buddhism has become better understood around the world and Zen Art has become a world art.

World Zen Art Center is a non-profit organization set up for the study of Zen Tao and art in the United States. We mainly research the occult Chinese culture of Zen Tao and Art. Our ambition and life goal is to establish an international Zen Tao and Art development to ensure Zen Tao Art’s prosperity and appreciation for generations to come.

Zen is a Chinese Zen Buddhist Dharma, essential school. With Zen methods and practice a high degree of unity between man and nature can be reached. By learning Zen you can eliminate troubles by using it to predict the reasonably foreseeable future. Ones conscious mind can go travel the Universe (humans do not understand about other worlds)

To accomplish Chinese Zen calligraphy and ink painting the artist must enter the Zen state by meditating first. The painting is an experience and expression of Zen and it’s effect on people makes them appreciate the work, it makes people’s mind clear, makes them feel good, simple, and even may give rise to self-reflection to rethink life skills approach and attitude.

I will use my life to pursue the art of Zen ideals, with my practice to bring you joy and pleasure. Let everyone experience the fun of the wonderful art of Zen. I aspire to move forward and influence the prosperity and development of Chinese Zen painting and provide for the opportunity for all countries to learn and appreciate this ancient art. 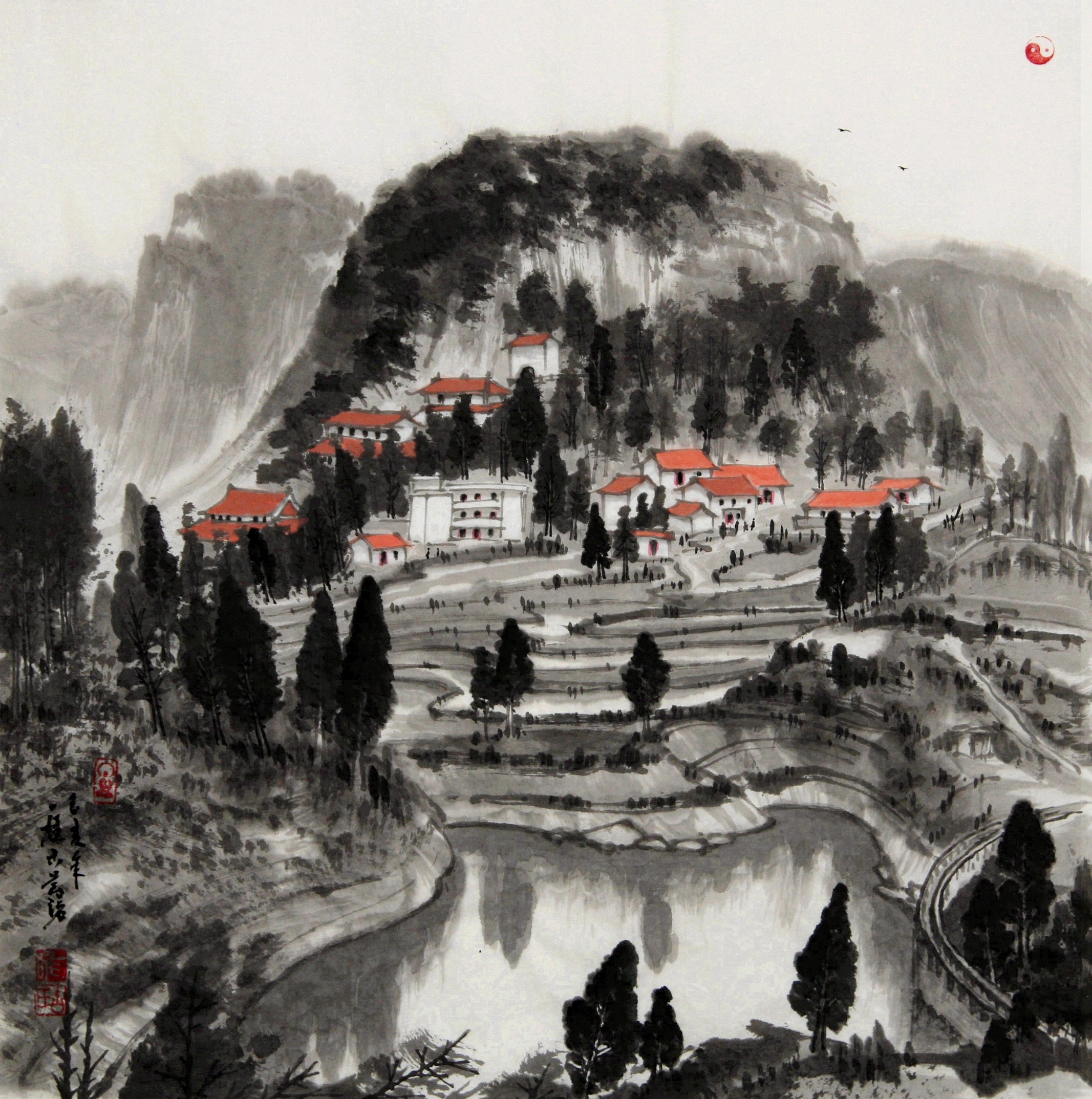 World Zen Art Center is a non-profit organization registered in New York State with the purpose of studying Zen Tao art. Our ambition is to develop international Zen Tao art and maintain its continued prosperity.

Not The Wind, Not The Flag – Koan

Not The Wind, Not The Flag - Koan Two monks were watching a flag flapping in the wind. One said to the other, "The flag is moving." The other replied, "The wind is moving." Huineng overheard this. He said, "Not the flag, not the wind; mind is moving." Of the two monks, Wumen says they were trying to buy iron ; Huineng, out of compassion, gave them gold instead. This kōan demonstrates the realization that in naming an object one may cloud one's understanding of the true nature of mind by falling into externalization and believing that the true nature of the flag, the wind, and the mind are different. Hui Neng always taught the One Vehicle Buddhism of One Mind which teaches that wisdom (Sanskrit: prajna) comes from the Essence of Mind and not from an exterior source.